One of the many delights of working at an animal sanctuary is the diversity of creatures to be found there.

First, and closest to my heart, the dogs. This is Ozzie, a beagle cross who won the hearts of the locals when I took him offsite to meet them yesterday. 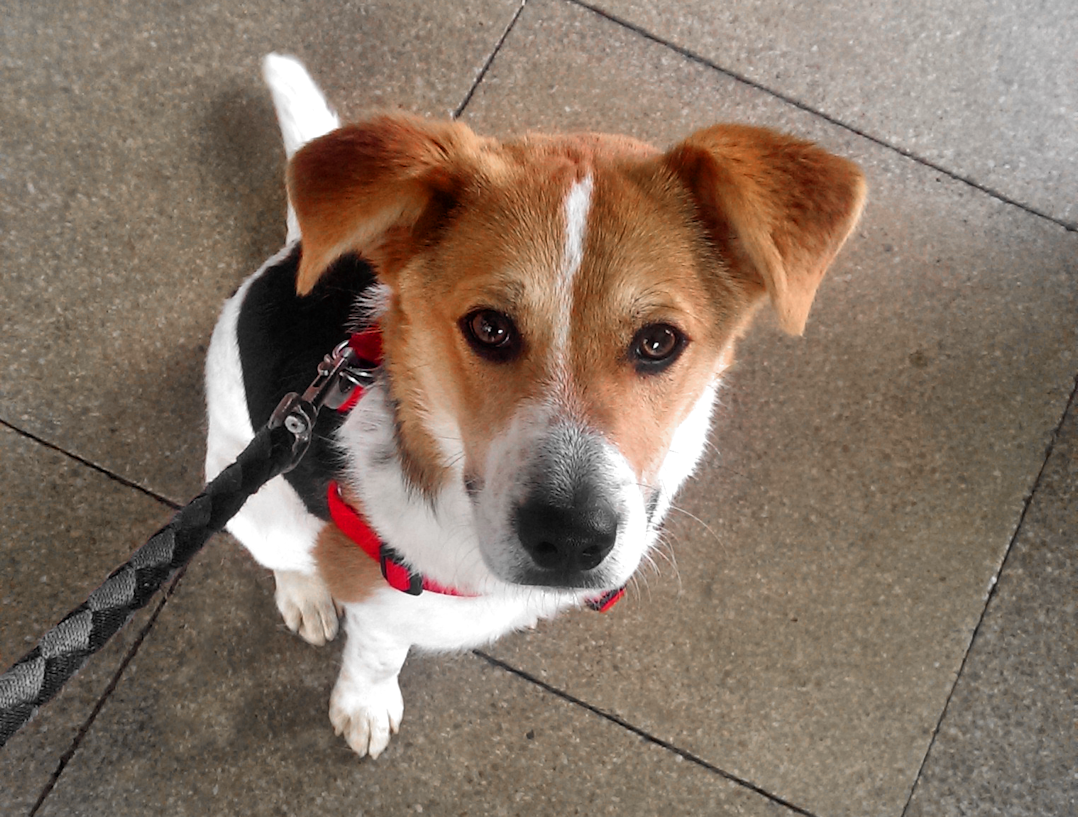 And then there's the cats, a shifty-looking bunch if ever I saw one. I'm really not sure about this lad, who seems to be giving me a very long, calculated consideration. He may be about to order a Hit on me. 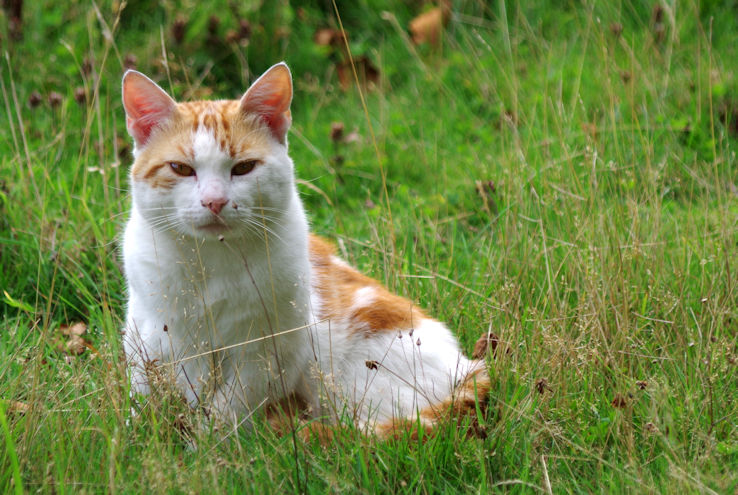 This is the alpha male goat, an elusive individual who tried his best to resist my photographic advances. I leapt out from behind a tree, banging a tin can to get his attention on this one. 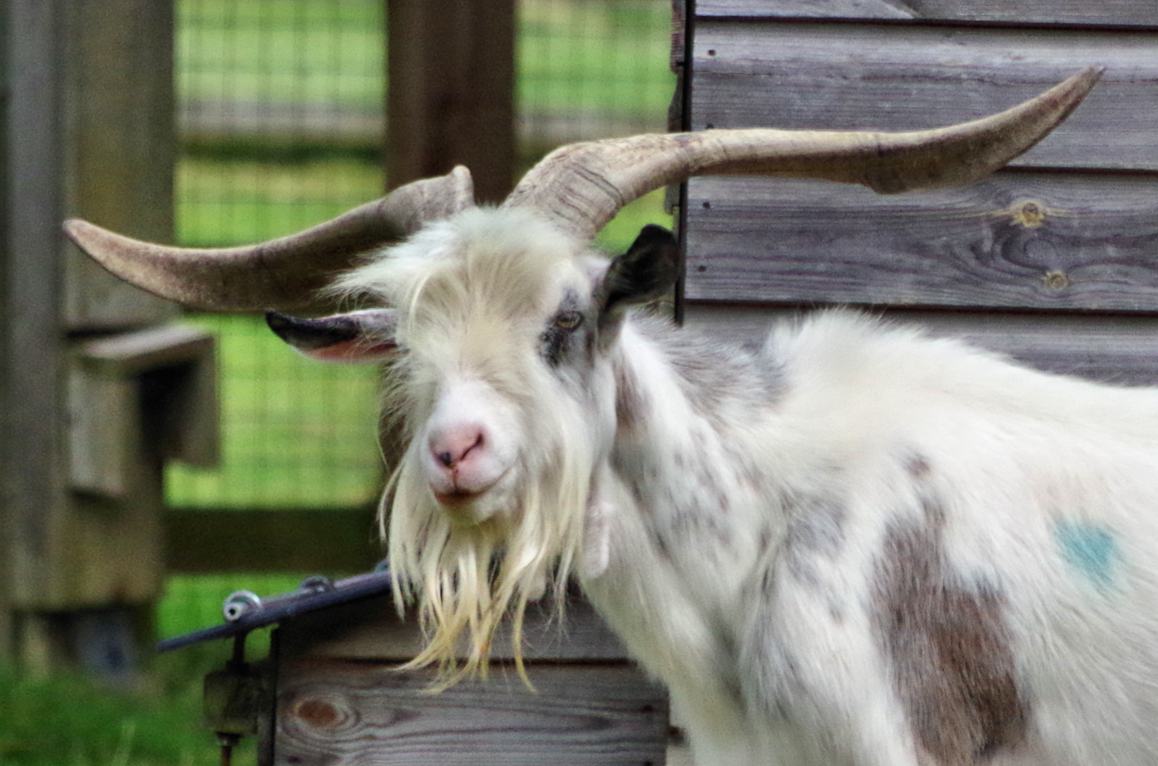 Of course, once I told him I could do moody black-and-white, he was all smiles. I think he's channelling Christopher Walkern at this point. 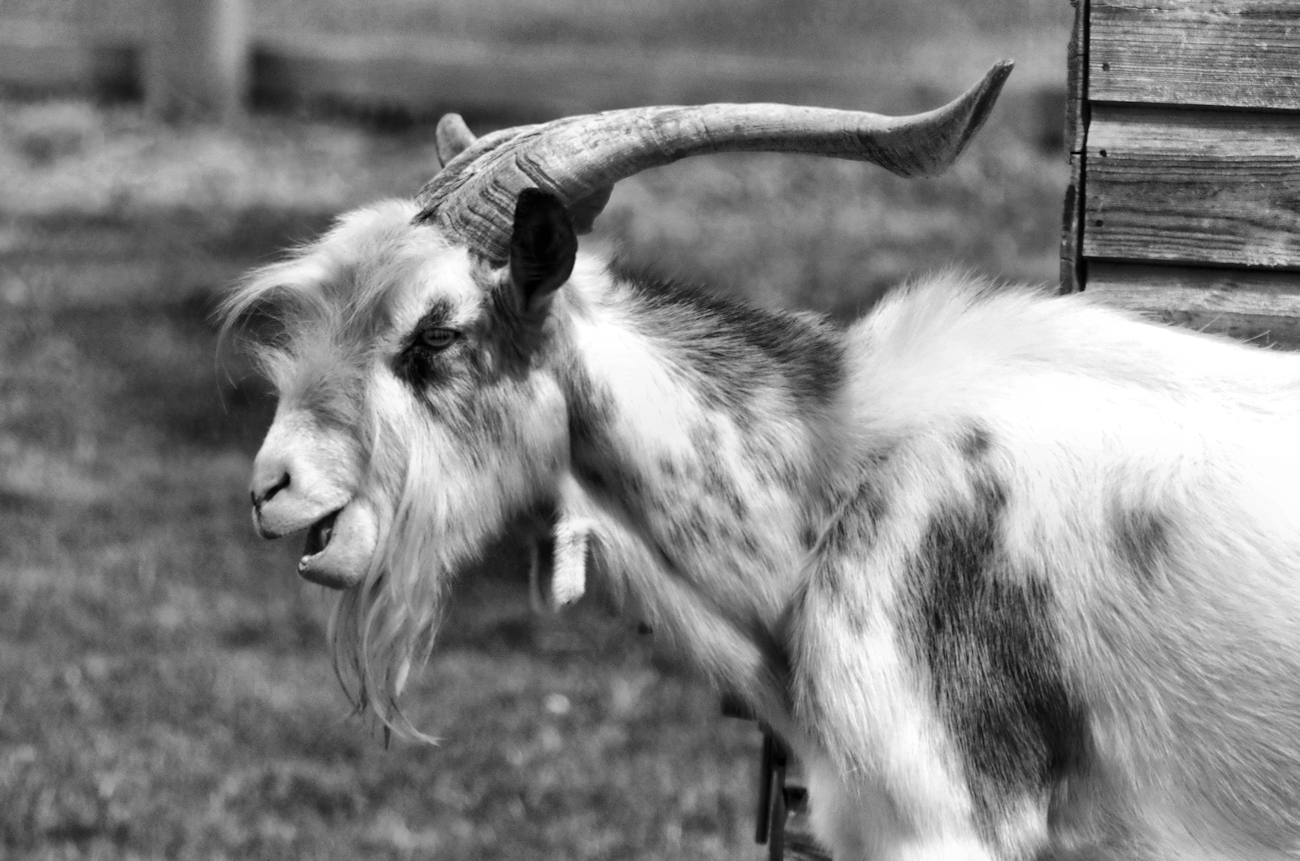 These ladies had an off-putting habit on shuffling forward on their knees as they nibbled the grass. It was odd to see. Perhaps I should have videoed it? 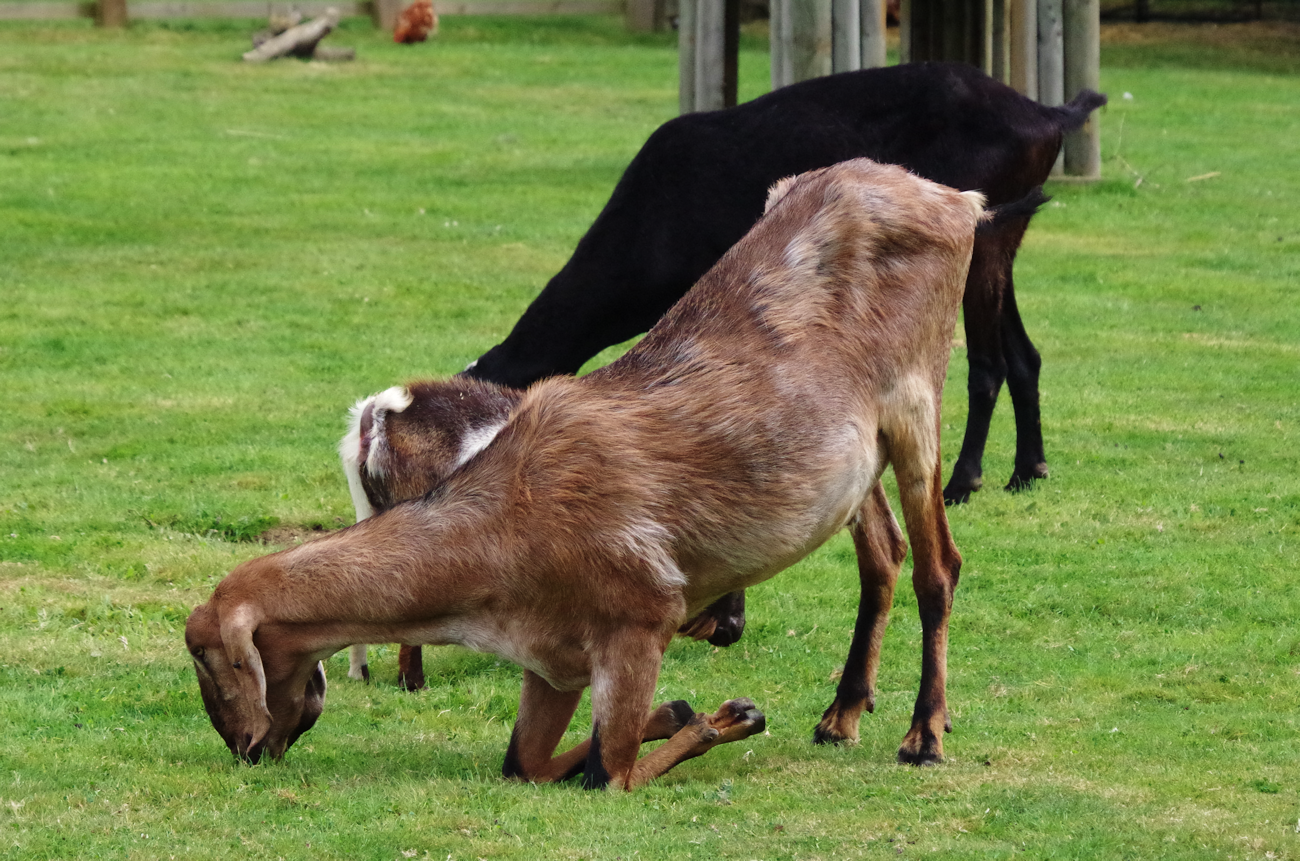 These two donkeys seemed to be whispering a lot. I'm not sure if they were coaching each other for the shot, or asking if I'd gone yet. Either way, they ate a lot of grass. 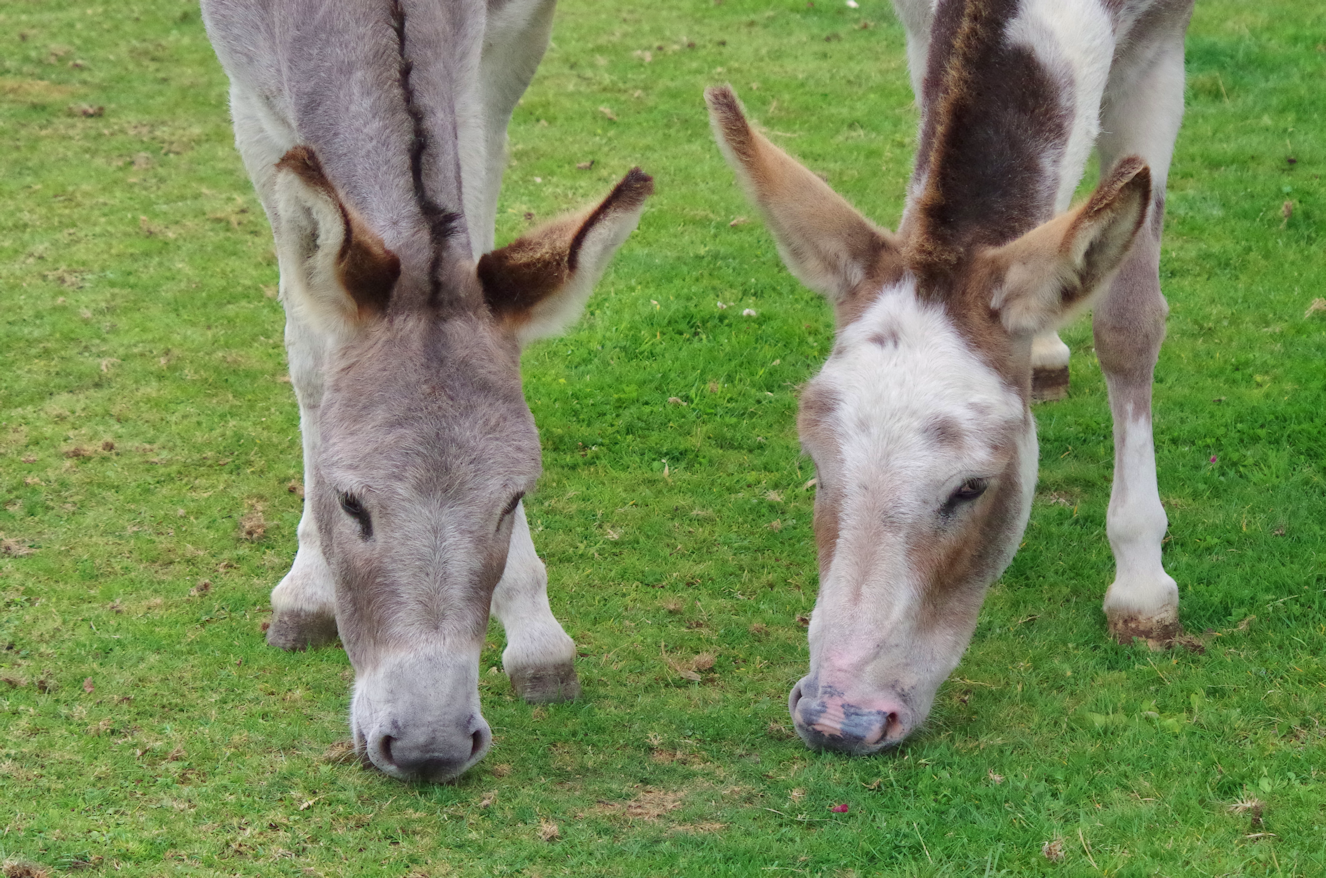 The mice in the small animals enclosure were tricky. They've taken to hiding inside painted ping-pong balls. I mean seriously, would you have known? Isn't nature wonderful?! 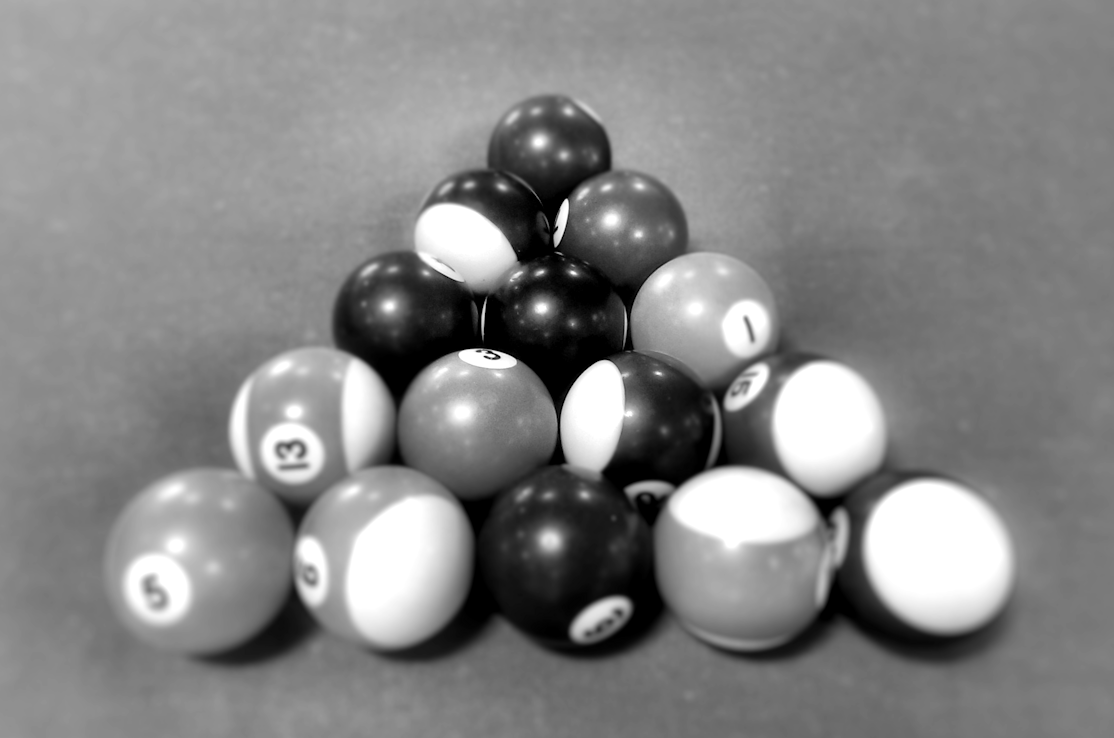 A final shot as I headed home; as the sun descends, feral cows emerge from their moorland burrows and survey their domain. Probably. 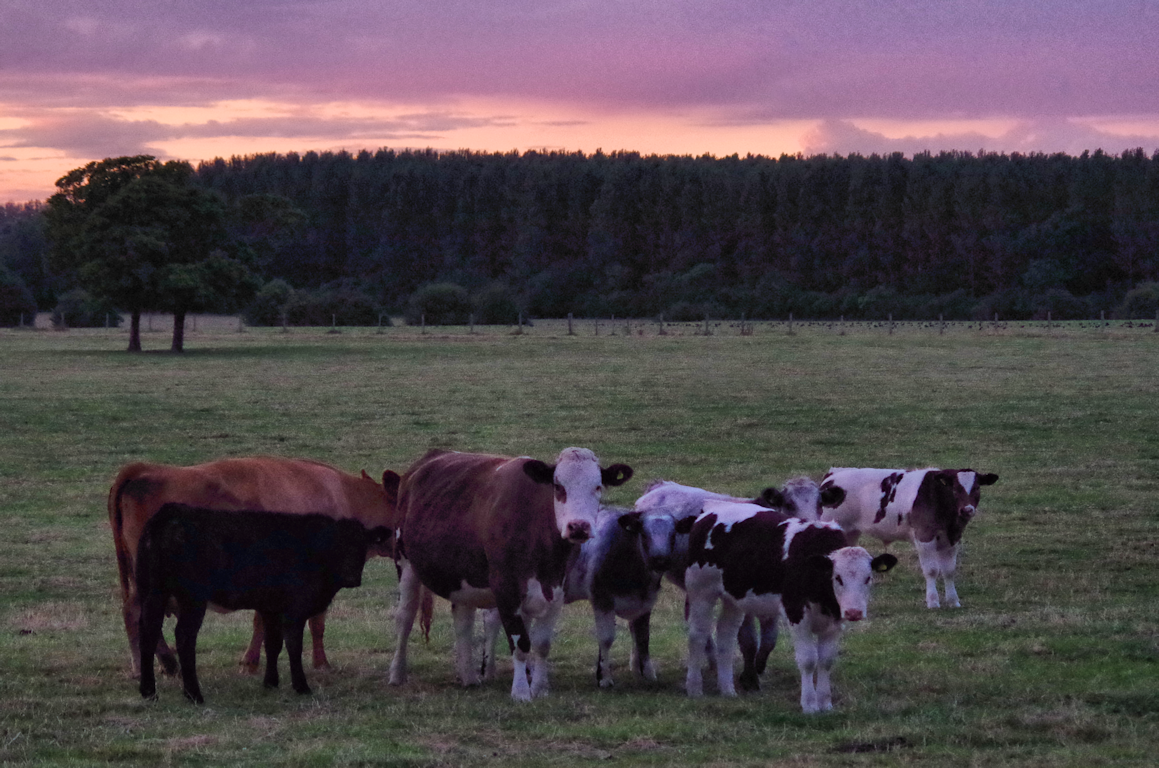 No Idiots Were Harmed

Right, Sunday again, and not a word written. Which is okay, as I'm working full time during the week and doing volunteer work at a dog shelter at the weekends.

Still, it bothers me. Best do something about it.

While you're waiting, here's some pictures from this week. 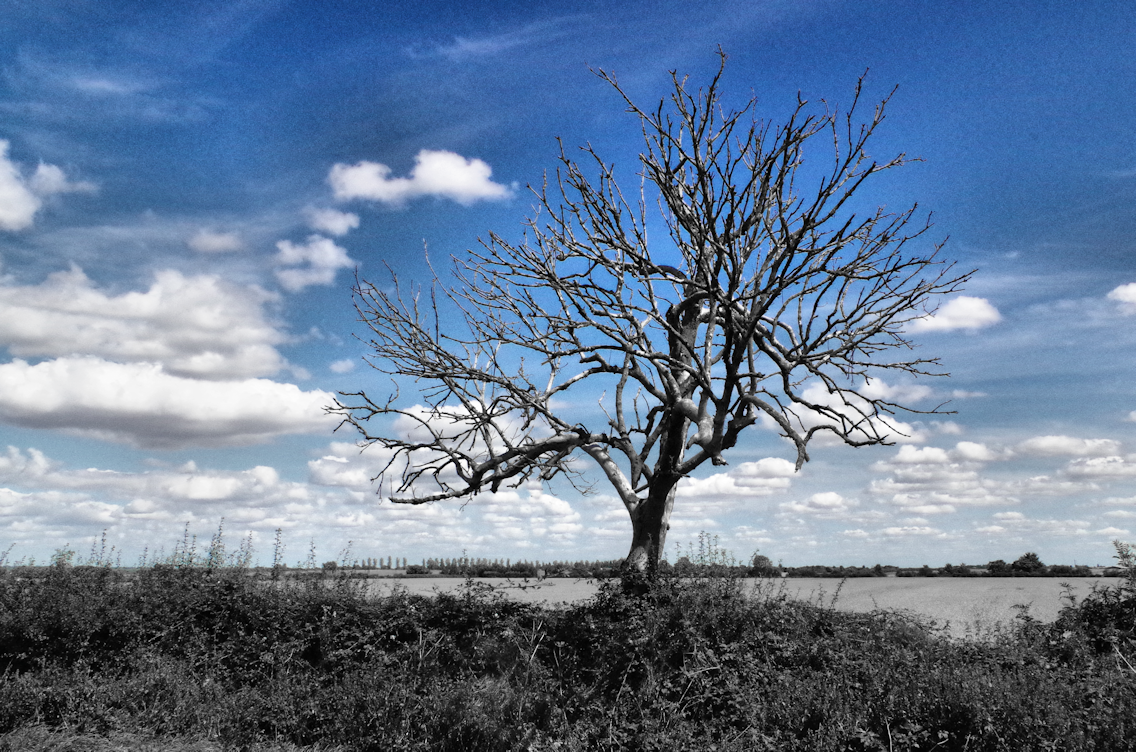 As is often the case when I stop suddenly on a country lane because I see something cool, this dead tree almost caused me to join it. * Yes, a bale of straw. But lines, colours, skies. Were there a few red poppies, we'd really have something going on here. 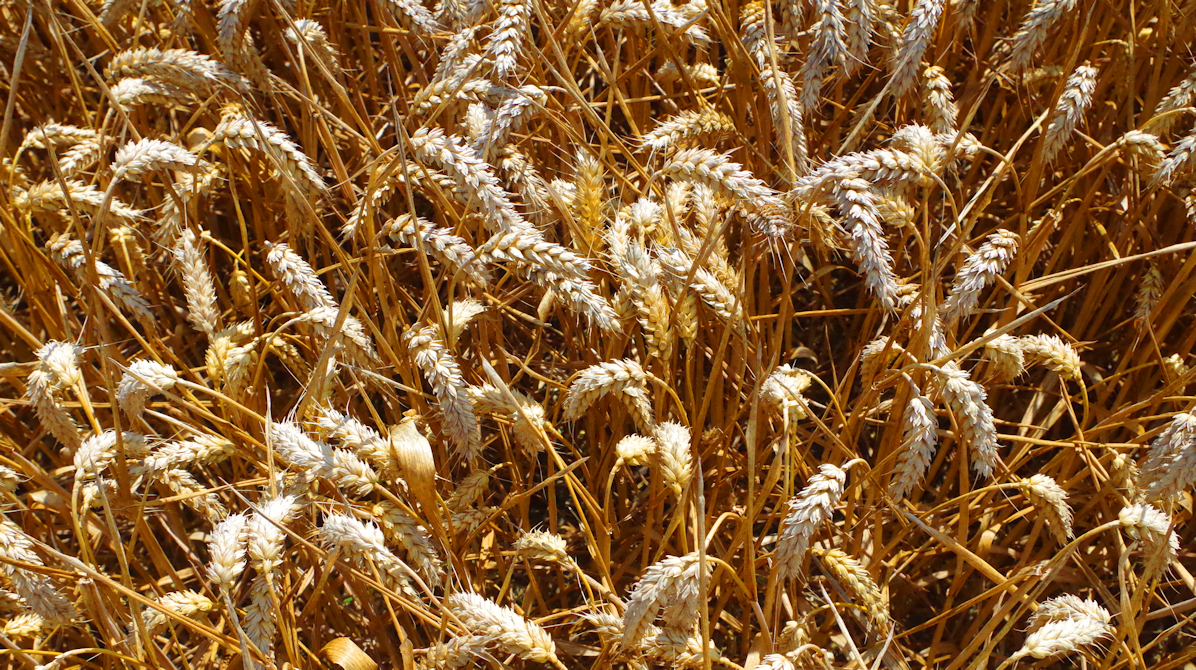 Same field. Unremarkable in itself, but the colours have really come along as it's ripened up over the past couple of weeks. I look forward to eating these as Shredded Wheat in a few weeks. 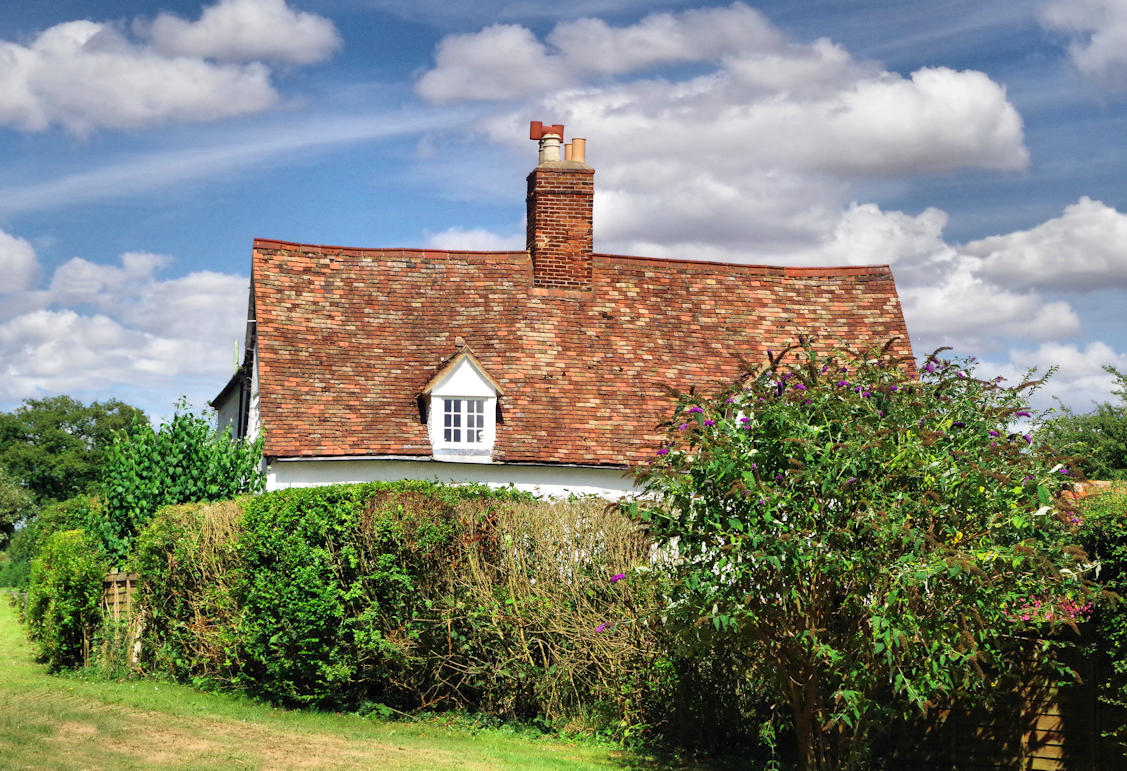 Honestly, I just like the roof tiles. It's very "rural English". 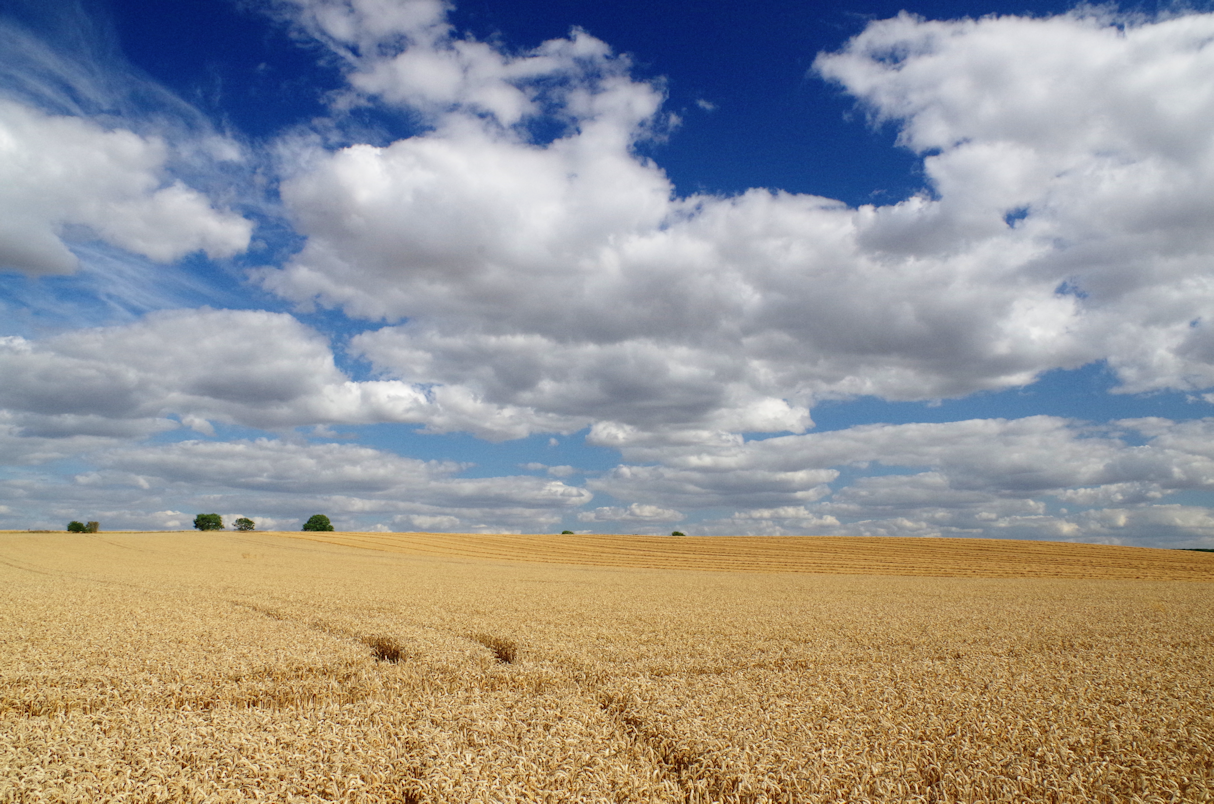 Big skies are the only real subject matter here, and there's nothing remotely humorous to say about it. I'm almost tempted to delete it. Bah. 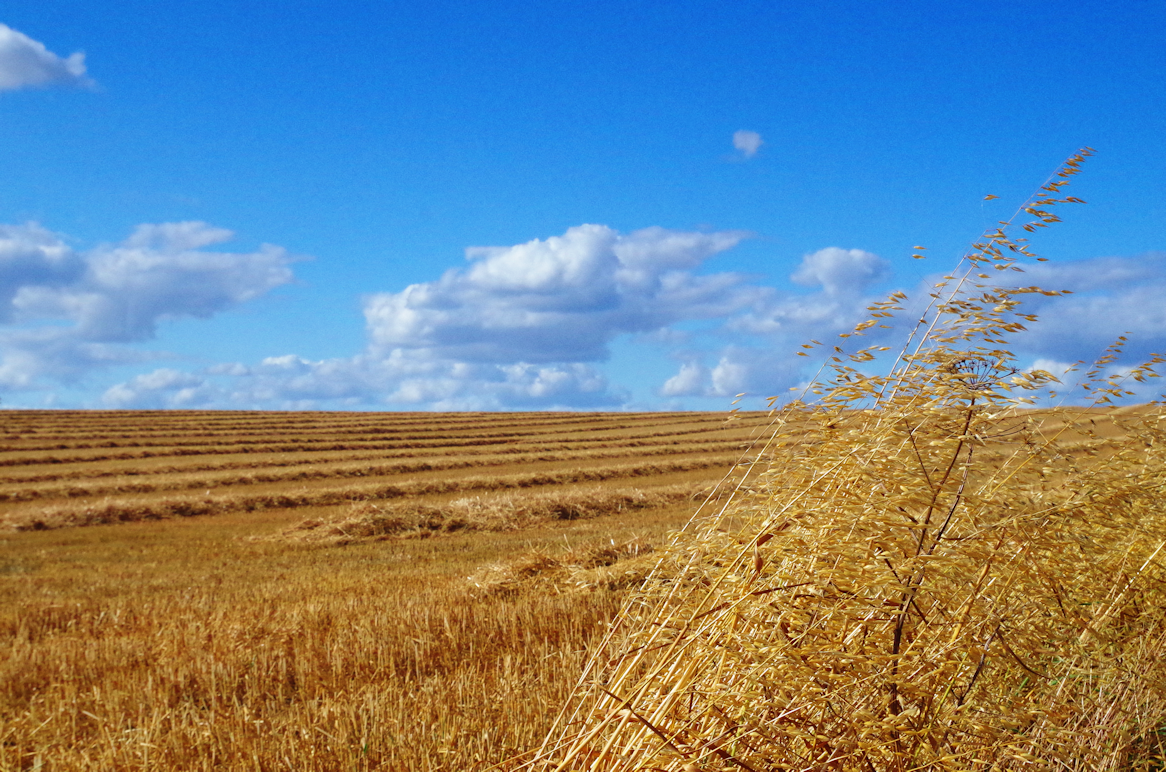 Too good to ignore, tho I was trespassing. In a car. And almost in a ditch. 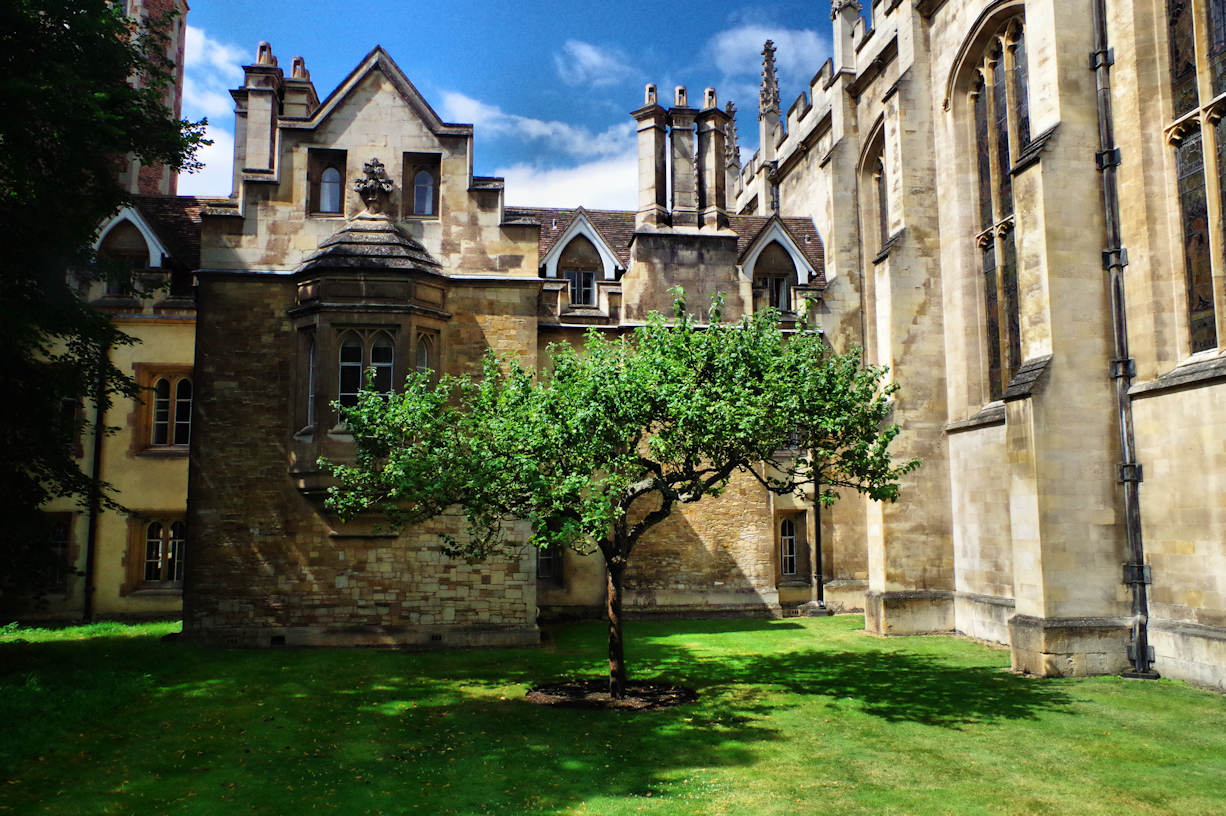 I photographed this tree a couple of years ago, and it's always a beauty. I think this is just outside Trinity College. As ever, sunshine makes the shot. 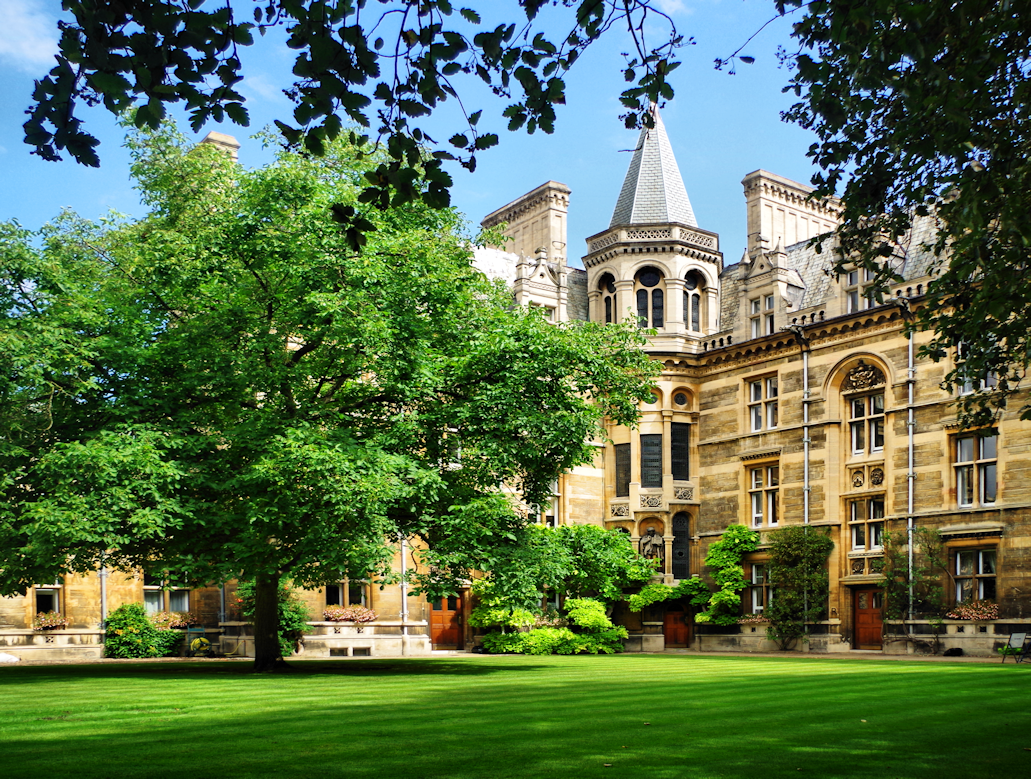 Um... I forget which college this courtyard belongs to. They still hang you if you walk on the grass in Cambridge. But pretty spiffy tho, right? 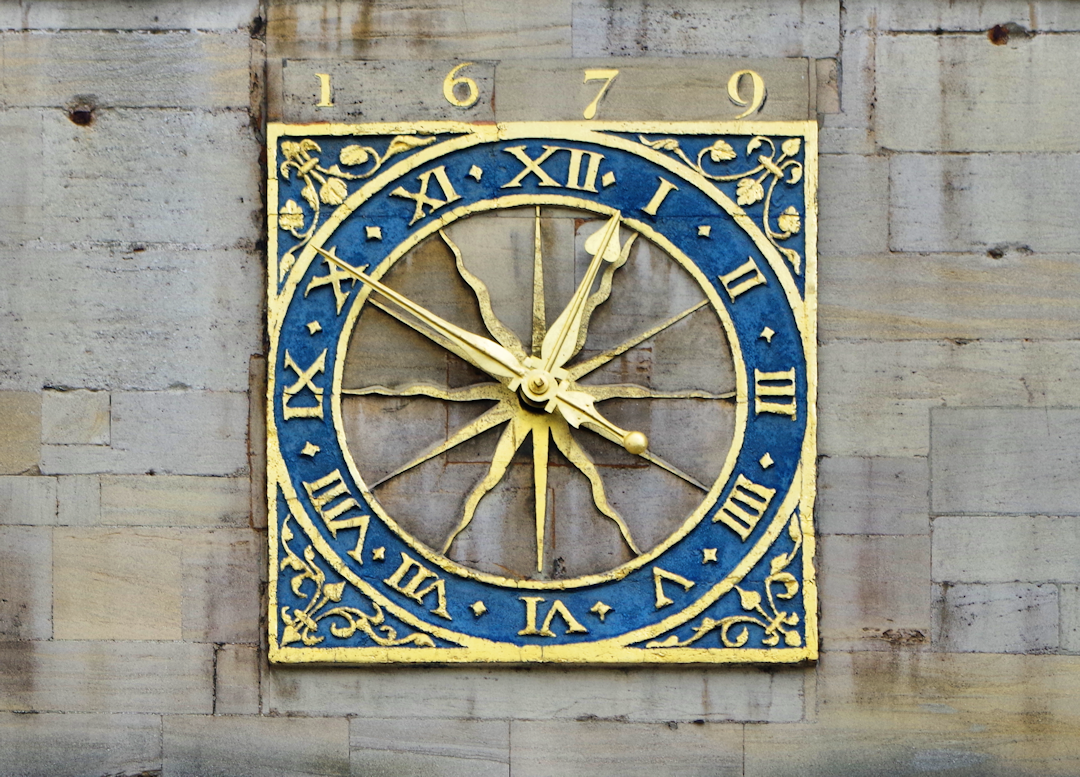 My favourite church clock, at Great Saint Mary's, Cambridge. I sense that they may have replaced the hands, faceplate and mechanism several times since 1679, but everything else is original. 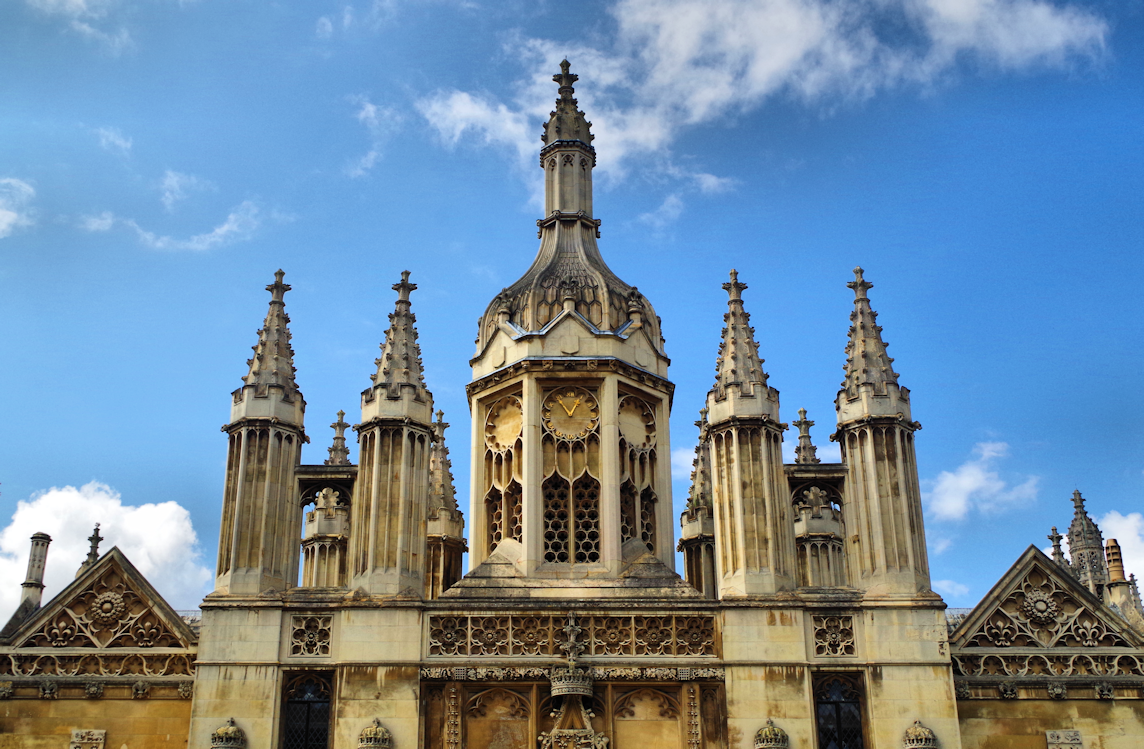 The gatehouse at King's College, Cambridge. I know some of the details about its design and construction, but honestly they're rather dull. It was such a lovely day, and the skies were cooperating. That is all. 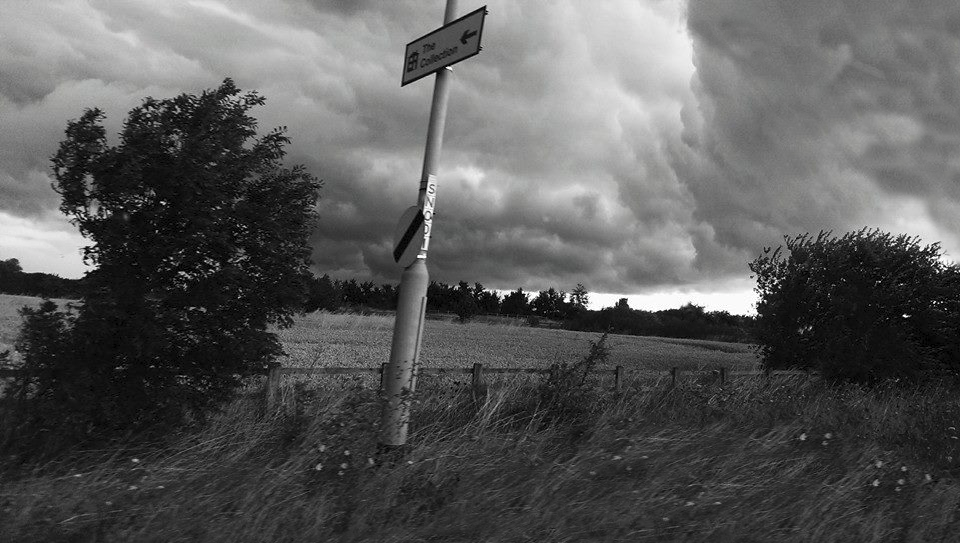 Driving home, I felt sure I was driving into a tornado, as it looked ready to touch down. * 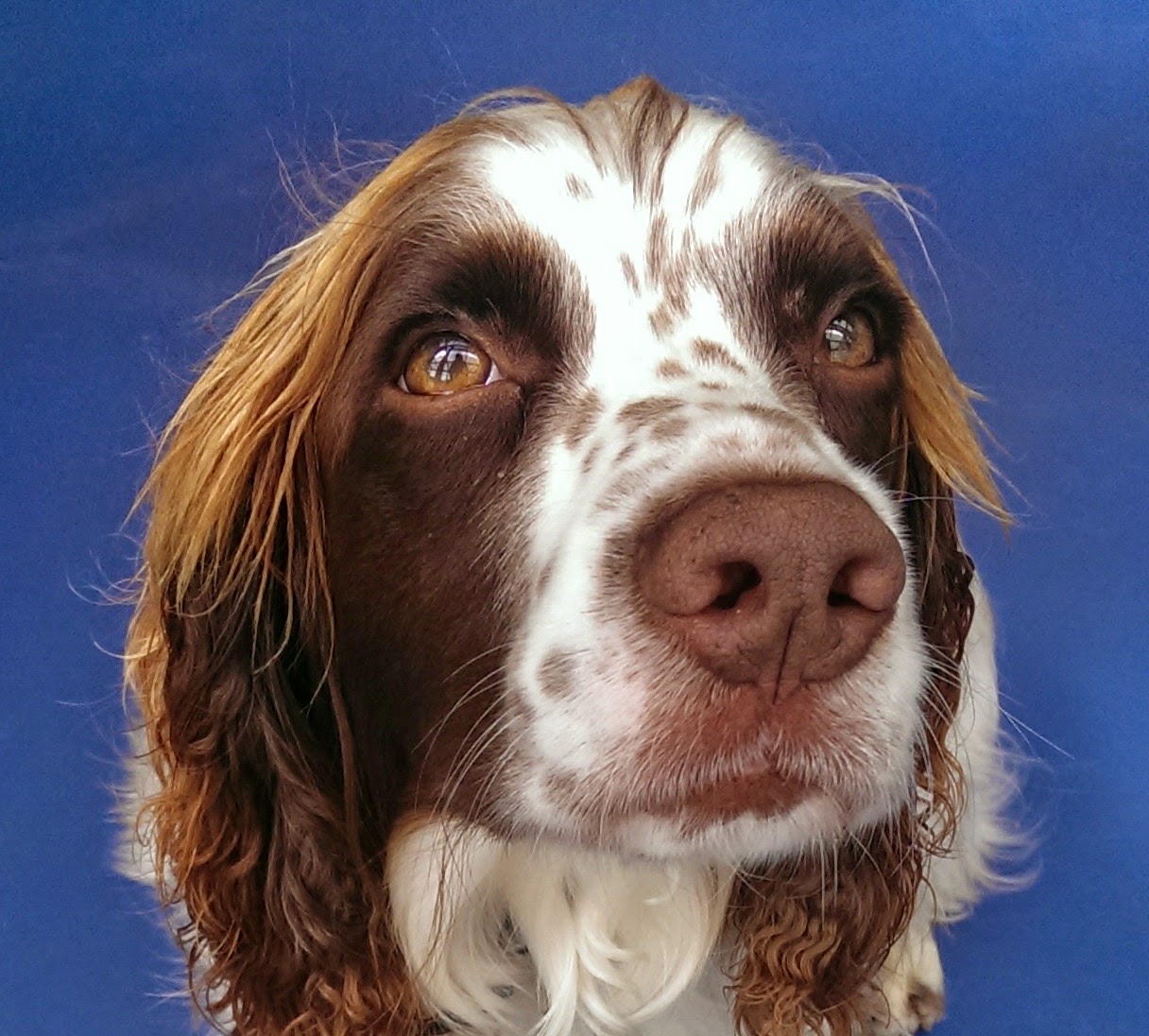 But to finish, I wanted to introduce you to a very special lad called Rufus. He's the only dog I've ever met with highlights. I'm hoping he'll be adopted by loving folk this week, which is all any of us deserves.

* No idiots were harmed during the creation of this blog entry.

Bless Those Boffins In Cambridge

I miss my afternoon naps.

Work is the curse of the thinking classes, as you know, and now that I'm gainfully employed again, I'm not getting enough snoozes in. This is, as the boffins in Cambridge would say, a Fact.

Right now, it's Saturday morning, and I'm putting together this blog entry so that I can schedule it to post automatically on Sunday afternoon.

And what will I be doing on Sunday afternoon after a big dinner?

I think you know. 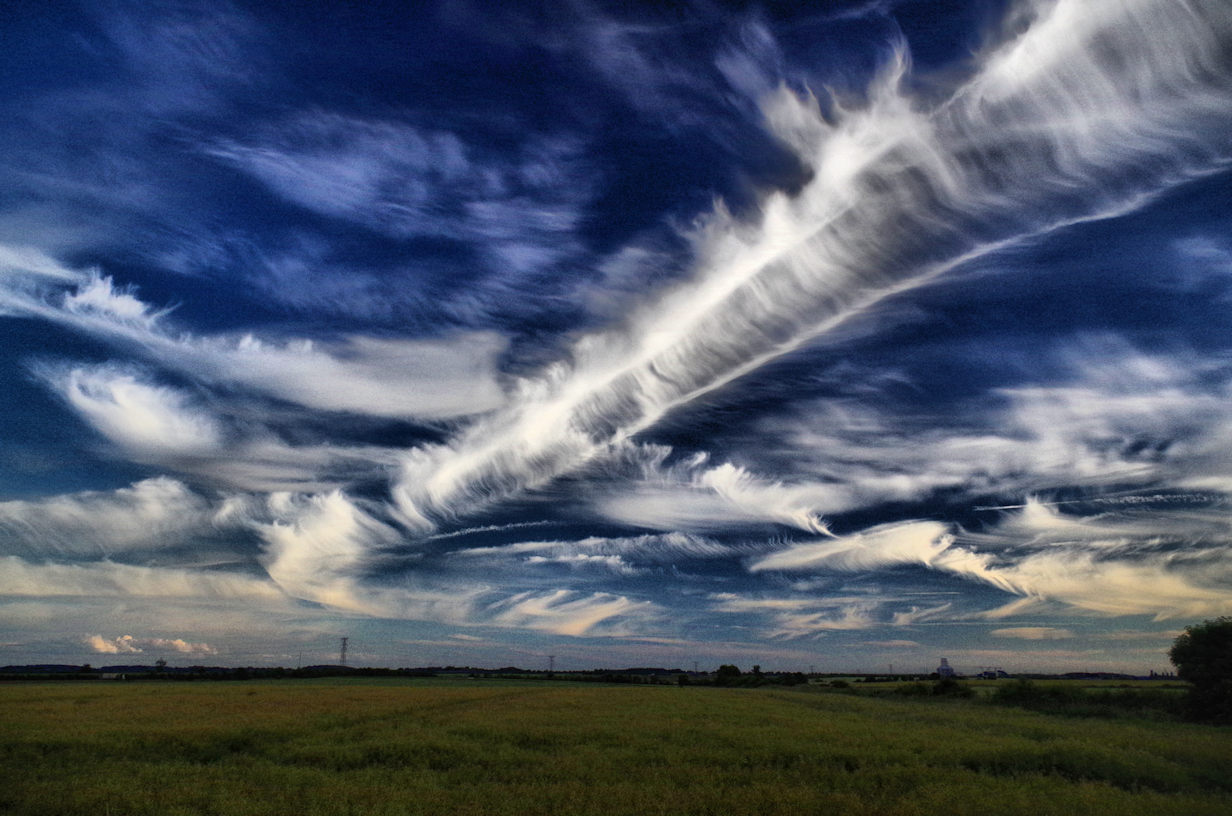 I was just on my way home from work when I spotted this bizarre cloud formation. It almost looks like a tube? I didn't see anything in the news about being invaded by aliens. But if we were, they'd probably arrive like this. And facing the other way, oddly fluffy clouds. No processing here, they really did look this smudged. Some days, you just get lucky. I think that was what the guy in the car behind was trying to tell me, anyway. 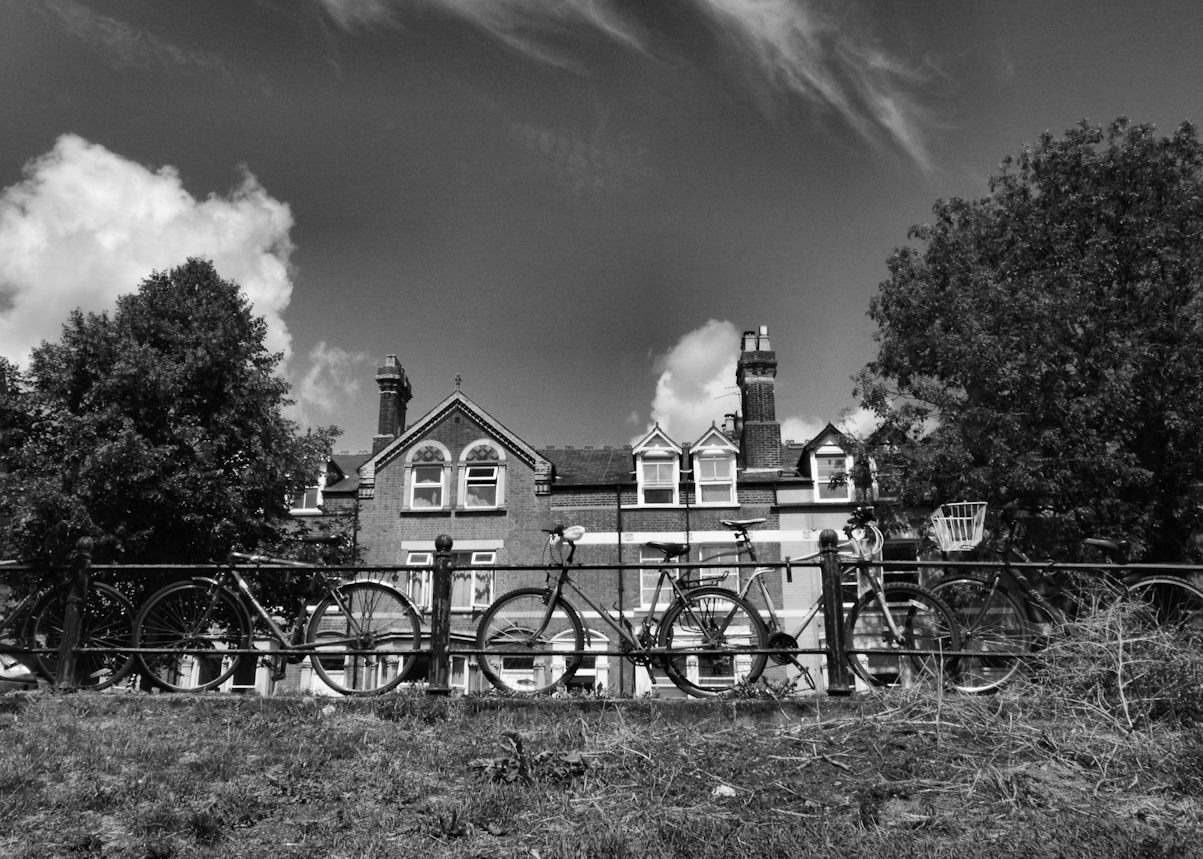 I thought this view of Cambridge merely looked interesting, but a friend (hey Dazza!) later commented that it looked like a train: wheels, smoke stack, driver's van. Can you see it? So much for Art. 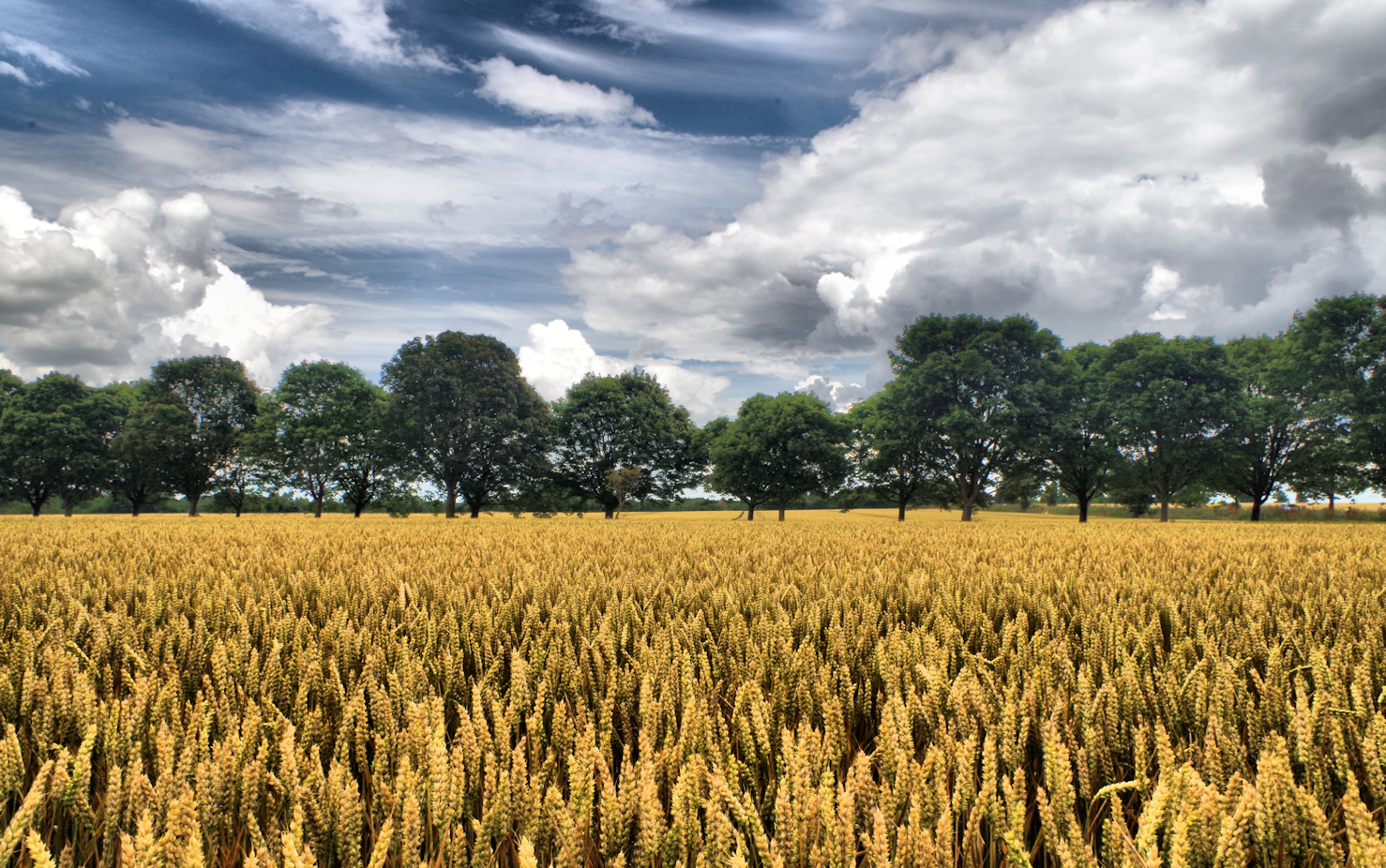 Close to the office, I stood in the middle of a field at lunchtime to take this. Nobody was at all surprised. 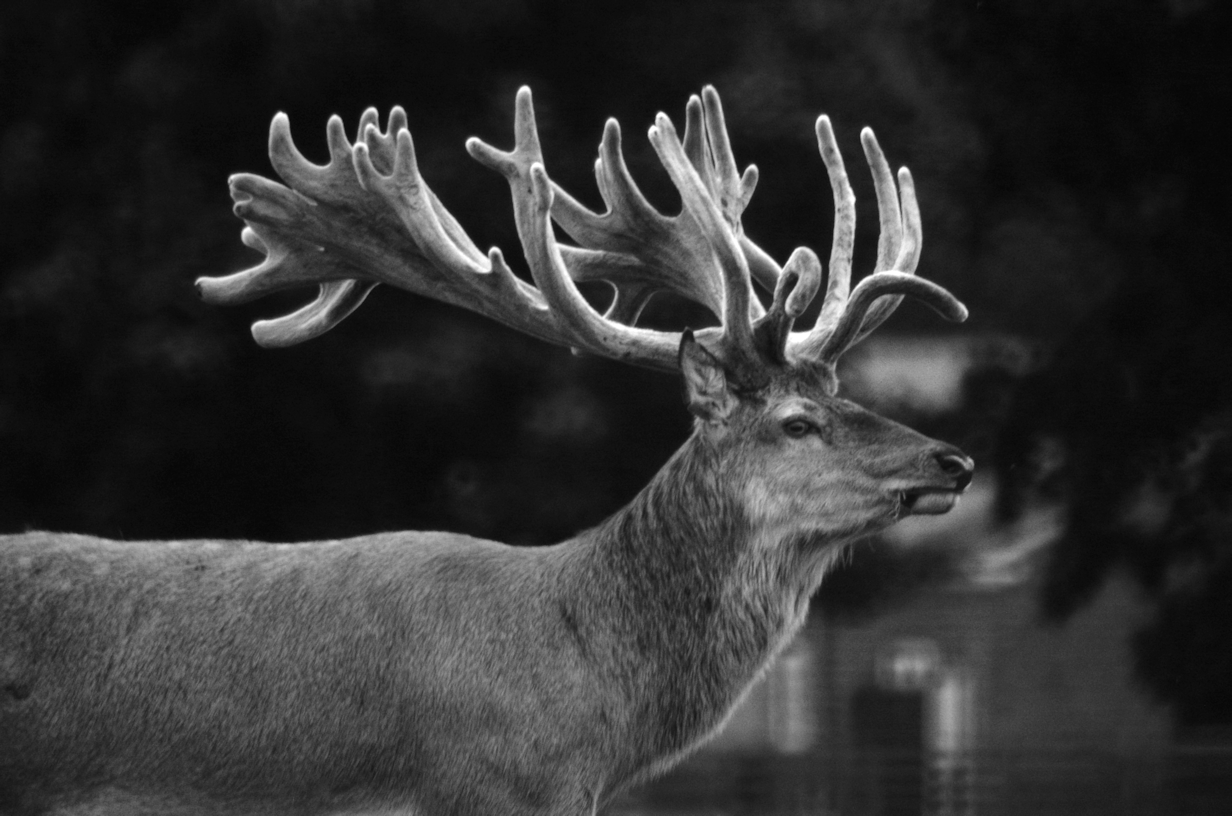 In Woburn, on the way home from seeing Jaco Roth (my smarter, slimmer brother), the deer were sweeping majestically across the plain. Yes, just like they do in Torquay. I lost count of the points on this lad's antlers, but I'm sure a hunter could tell me at a glance. 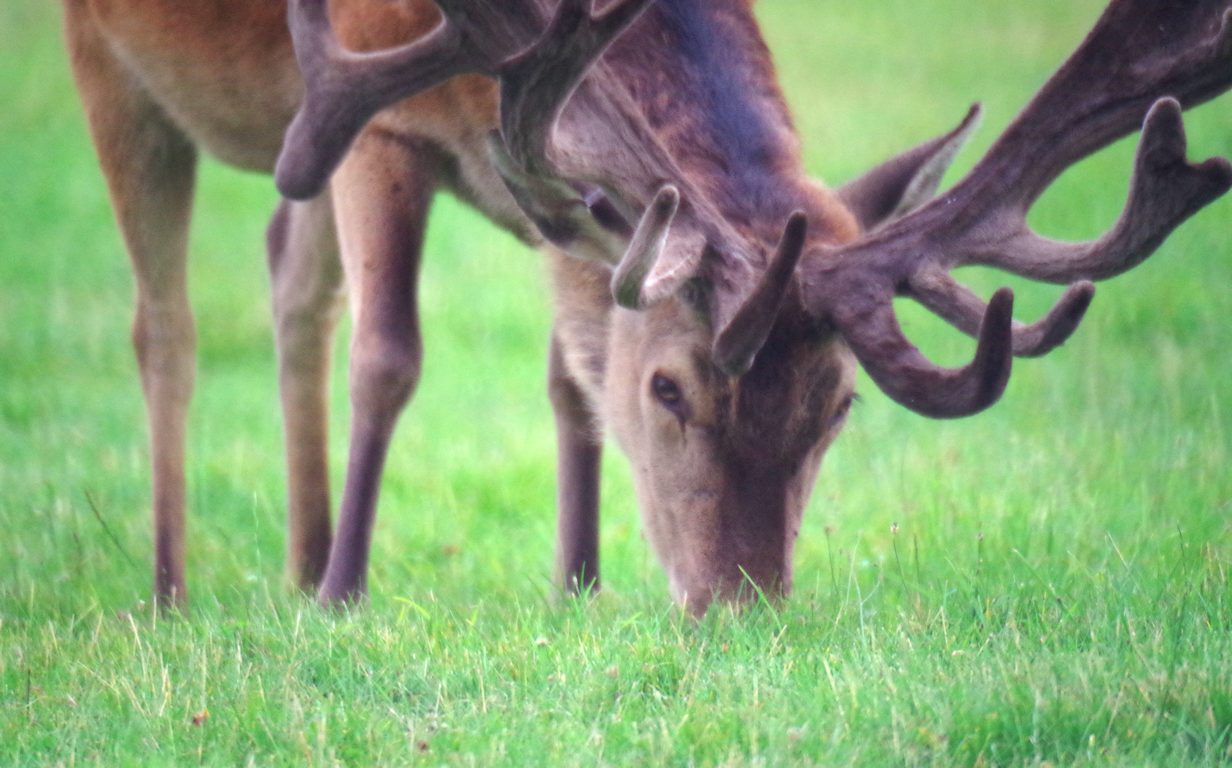 And when they weren't sweeping, they were nibbling.... 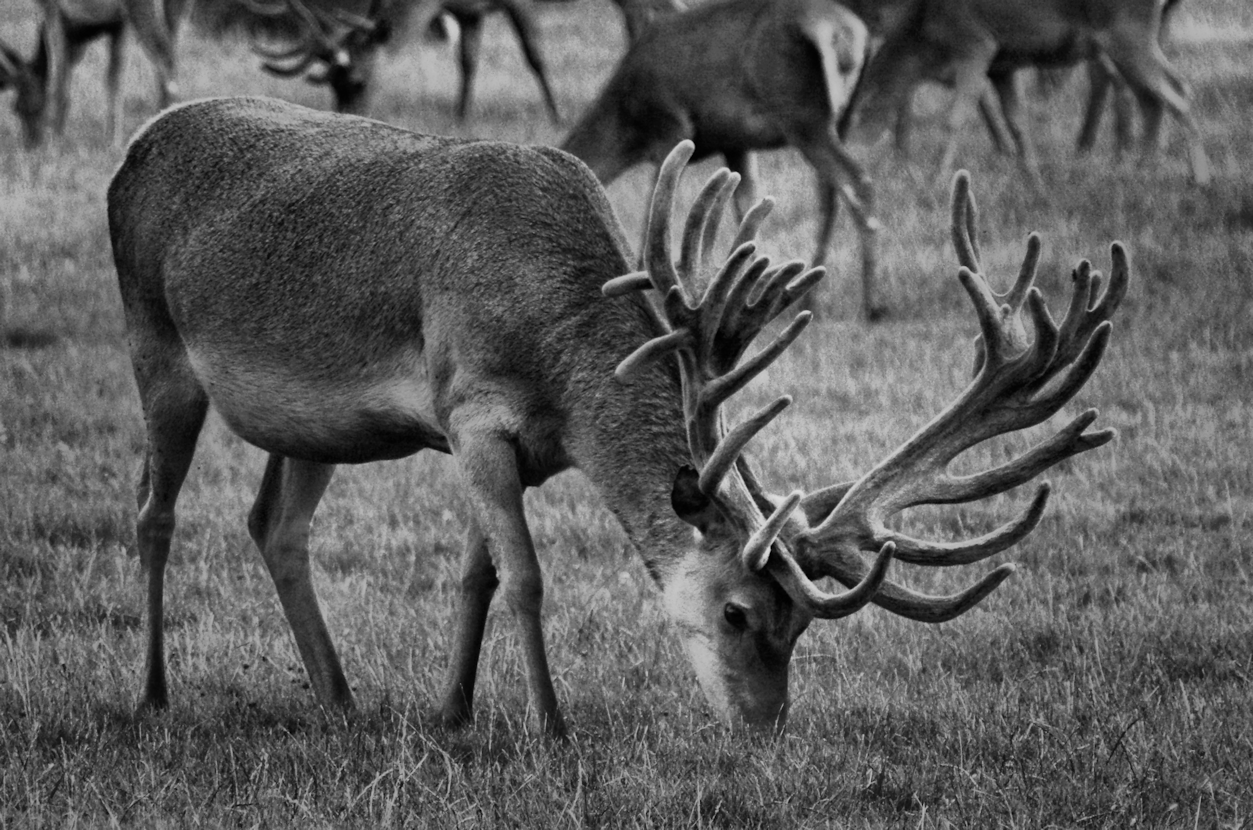 ... sometimes they nibbled in black and white, too. 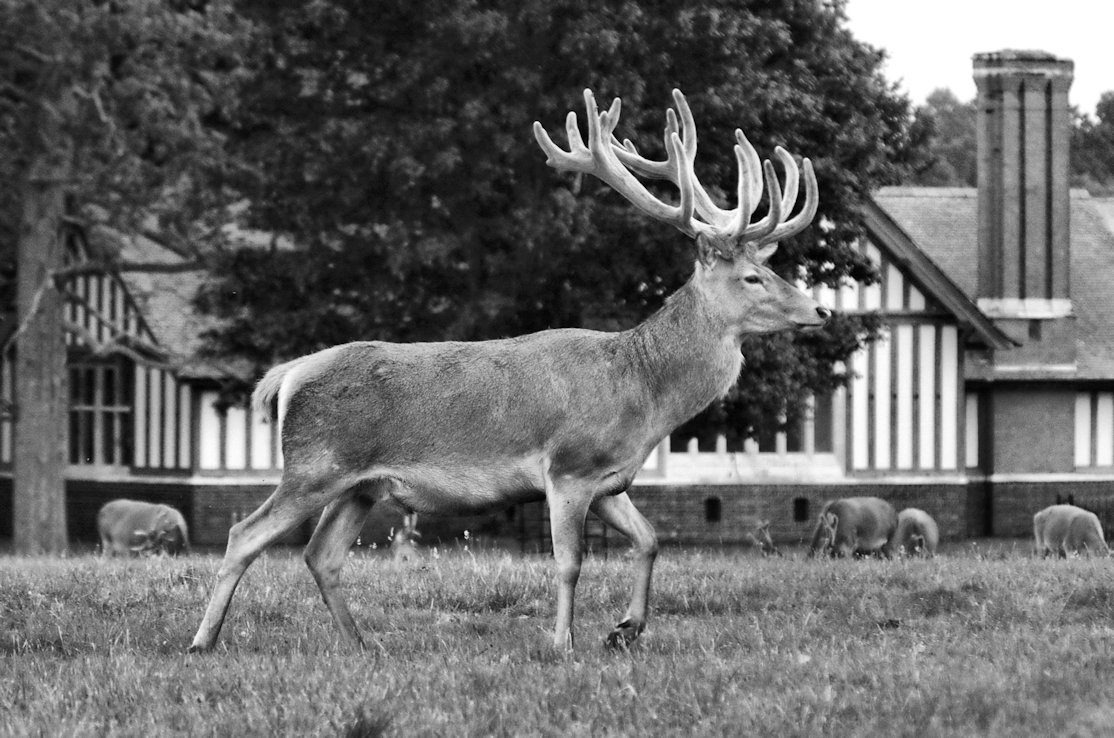 It really must be a wonderful view from the local Tudor houses. Tho requiring a lot of clearing up before daring to mow the lawn. 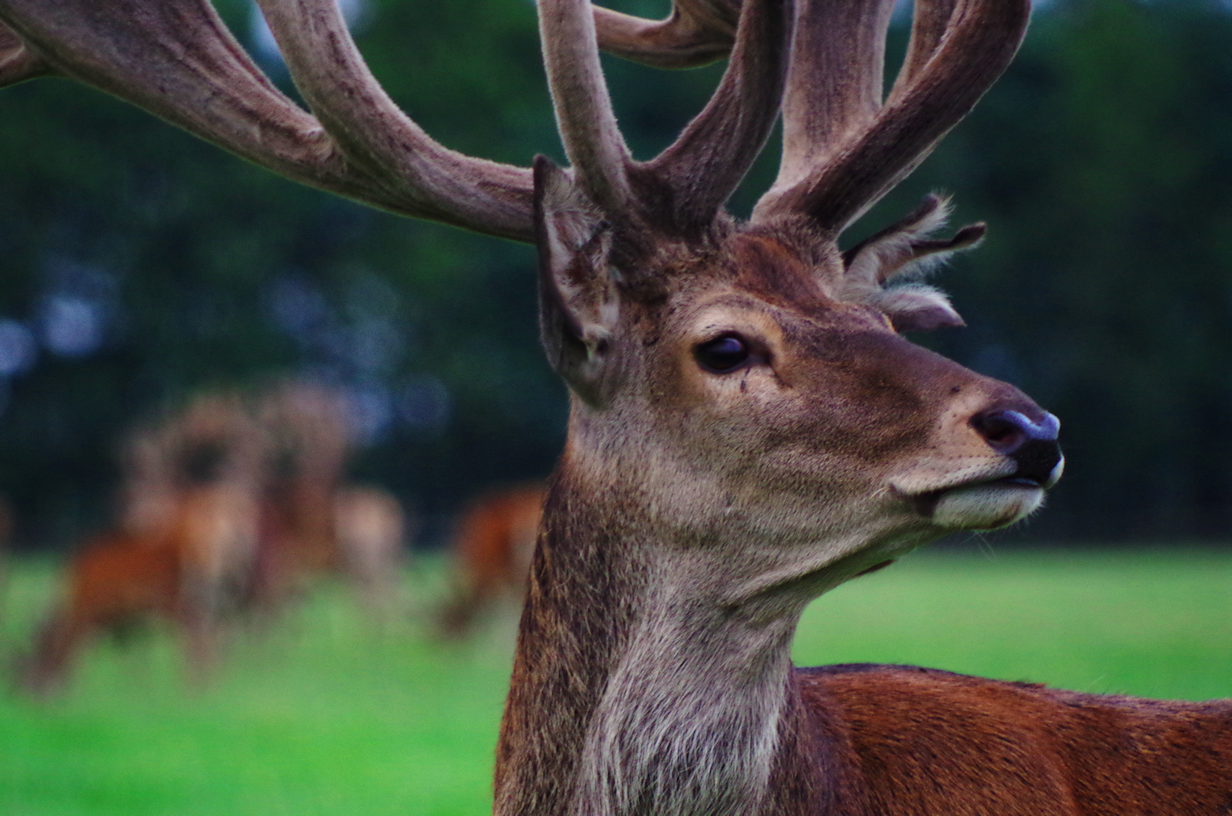 This lad saw me off the premises. In fact, I thought he was going to ask for a lift, he got so close. I took it as a good signal to leave, all the same.

And I will now too.