* A Faint Smell Of Custard

This blog entry has been removed, revised and included in the romping sci-fi epic TESTAMENT: FUNNY BADGERS by Indigo Roth, Red Angel Publishing, 2013. 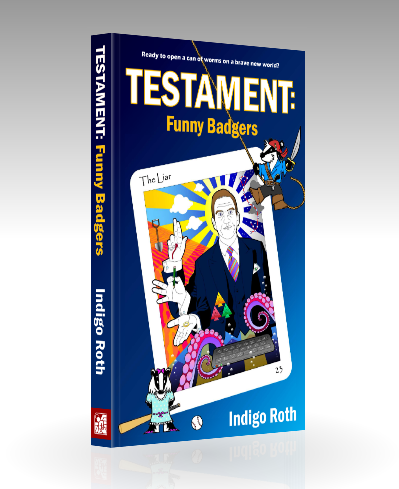 * Not Ready To Tell The Tale

This blog entry has been removed, revised and included in the romping sci-fi epic TESTAMENT: FUNNY BADGERS by Indigo Roth, Red Angel Publishing, 2013.

Its reference in the book is CUTTLEFISH 4:1-67

Getting It Out In The Open

February 14th is not my favourite day of the year.

I just wanted to say that, to get it out in the open.

But for everyone searching for love today - male, female, young, old, tall and short - this is for you. 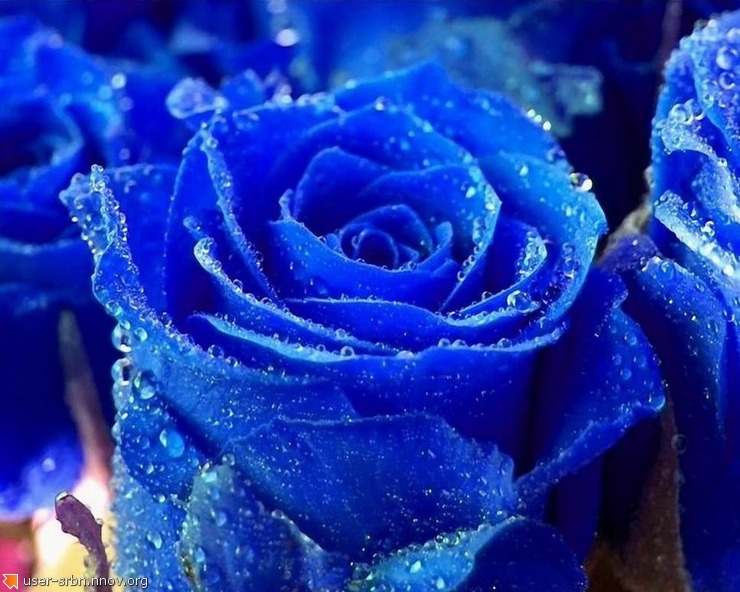 Never let anyone tell you that you're not.

This blog entry is protected by copyright © Indigo Roth, 2012
Posted by Indigo Roth at 7:49 am 22 comments:

Tea And A Slice Of Nostalgia

I'm a curious fella. Ask anyone.

Thankfully, my curiosity is not limited to nosiness. I like to think that when a question is vexing me, I have the skills to find the answer.

It's last Sunday. I'm laying in bed, trying to remember something from my youth. I don't like to think at bedtime; that's what dreams are for. But this is tantalising, and skipping round the perimeter of my recall. Something I once read when I was maybe ten years old? Something about an obscure movie about a burning city.

Sleep is forming around the edges of my mind as I drift towards the memory...

It's 1979. I'm at school, flipping through a magazine I've just bought. At sixty pence, it was pretty steep, but it's a science fiction publication, and therefore essential. It's mostly printed on coarse paper in black and white, but it has a glossy colour double-page in the middle, which I've never seen before.

I'm reading - thrilling - over the photos from cool movies that I'll not legally be able to watch for a few years; ALIEN, SATURN 3 and METEOR. But besides this, there's a lot of text to wade through, interviews and articles. And right at this moment, I'm slack-jawed about an movie that is being made where they actually found a town that was prepared to be burned down!

Back on Sunday night, the memory bubble bursts, and I start awake.

Dammit, I almost had it. What was that movie called? It was a low-budget flick about a city that was on fire. In fact, the budget was so low, the producers advertised for a town who'd do the honours. And, unbelievably, they had several takers, and chose to film using one in Canada.

But what was the name of the film? INFERNO? No, I'm thinking of THE TOWERING INFERNO. Hmmm. I try to recall who the stars were; that's often an easy way to find obscure films using one of the online movie databases. Trouble is, it was low-budget, so probably no-one of note was in it.

My thoughts drift back to the name. What's a cool title for a film about a city on fire? I sigh, and roll over, frustrated; it's too late for internal wordplay. I fumble for my phone, find the start button on the third attempt, and and squint uncomfortably at the brilliance of the screen. My hands are still dozy, but I finally fumble up Thesaurus.com to search for other words for FIRE. Hmmm. FLAMES? How about CONFLAGRATION? BURNING? Nope, no bells being rung there.

I try a few more ways to find it using a search engine, questions and keyword searches. Nada.

Straightening out the tormented duvet, and trying not to notice the clock, I focus on the magazine that I read about it in. Oh hell. Now, what was that called? STARLOG? No, that's a posh American one, and mine was English. But it was something like that. SUPERNOVA? No wait, STARBURST! Yes, STARBURST! Finally, a thread I can follow. I remember it had a white cover, and photos from STAR TREK: THE MOTION PICTURE and SATURN 3 on the cover.

Search for OLD STARBURST COVERS seems a good place to start, and after a few variants on the wording I find the issue I owned! That's it! A creamy white, but with just the photos I remember! Good grief, volume 2, Issue 7. But 1979, just as I thought. The picture of the cover makes me smile as I start to drift back to 1979 again.

Fatigue rushes alongside me, and tries to overtake.

I shake my head clear, else I'll be asleep and the question will go unanswered. There's no summary of the issue or its online articles, but there's a link to someone who's selling the very issue I'm after.

After a few taps and a PayPal password, I've bought the old magazine and resigned myself to answers in a few days time. And then, without ever having stepped from my bed to find those answers, the evening ends happily with the welcome embrace of sleep.

It's Saturday. I'm drawn away from my breakfast by the sound of the mail arriving. I step excitedly through to the hallway as a padded envelope drops through my letterbox. Smiling, I know what it contains; not only nostalgia, but answers. Pleased with my ingenuity and tenacity, I return to the kitchen, tearing open the well-wrapped package with some difficulty. I grin my cheesiest grin. And, retrieving my tea and toast, I wander through to settle into the comfiest armchair in the warm lounge.

Now this is a lovely moment.

I flip through the magazine, searching for the article. Wow, I remember all this, but I don't immediately see anything about a movie with a city on fire. My brain is still trying to provide the title of the film even as I turn the pages, keen to deliver an answer before the magazine does; I'm competitive that way.

And here it is! Buried in an interview with low-budget producing maestro Sandy Howard! Who? I shake my head; I don't recognise his name, and would never have remembered it. But what was his infernal movie called?! Wait, here it is! The 1979 flick about a city on fire is titled...

Oh. (with added colour for clarity) 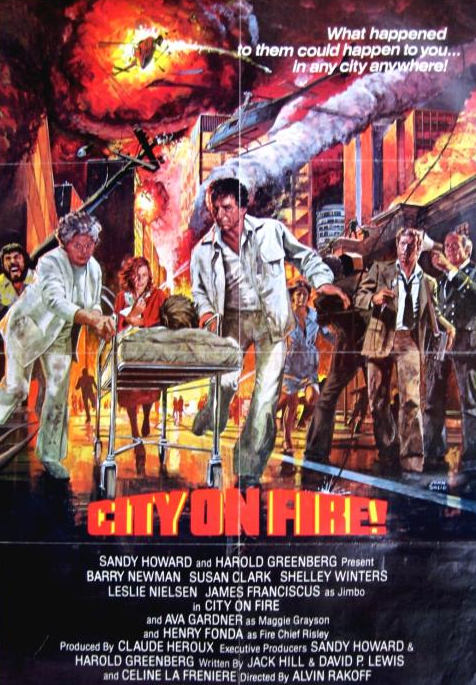 Yep. CITY ON FIRE! Genius. They must have stayed up all night to think of that one; a rare movie title that defies deconstruction, but adds an exclamation mark to promise an extra helping of excitement.

Of course, had I remembered that Henry Fonda had played a late-career bit-part in it, that would have ended the search in minutes. Or Ava Gardner, Leslie Neilsen or Shelley Winters!

Feel somewhat deflated, I nevertheless enjoy the rest of the magazine with my breakfast; I'm rather partial to a slice of nostalgia with my tea.

I'm a curious fella. With more than a dash of ingenuity. And a downright dogged tenacity when it suits me.

But sometimes, in the pursuit of answers, my memory drops its loose change and hurries past the obvious.

This blog entry is protected by copyright © Indigo Roth, 2012
Posted by Indigo Roth at 3:06 pm 14 comments:

Even Presidents Wipe Out

It is a well known fact that when you take a questionable action, consequences will follow.

Never is this less true than in the field of time travel.

For example, the following were printed in 1903 by the U.S. Postal Service.

The 1-cent stamp features my favourite arch-genius and bestest friend before he changed his name. Printed with ebony ink, it proved virtually impossible to locate one of these in a dark room, and many were lost. This hard-to-find philatelic legend will forever be known among hardcore stamp enthusiasts as the Very Black.

The 2-cent stamp bears an unusually-decaffeinated Eolist Petite. Initially these were printed with the blood of her husband, but this practice was short-lived as he kept waking up. Beloved of collectors as the first stamp to ever feature a woman (they didn't get out much), this gem is known fondly as the Tiny Red.

The 5-cent stamp displays the mug of yours truly, just after a bad haircut. A large batch was accidentally printed on sandpaper, giving it the nickname of the Rough Roth. Despite its value being common for long-distance mail, it proved unpopular as nobody wanted to lick it. Still, the colour's nice.

The 9-cent stamp is an unconventional offering, just like its subject, the Minneapolis blogger, Pearl. The multicoloured sheen was a printing error; three-parts ink to one-part gin. This limited the print run of this rarity to a single sheet, most of which were enjoyed with ice and lemon. The Pearly Wonder remains highly sought after and priceless.

How did this happen? It's a long tale, but let's just say that President Teddy Roosevelt was a better president than he was gambler. Or skateboarder.

The original 1903 Ulysses Grant 4c stamp can be viewed here
This blog entry is protected by copyright © Indigo Roth, 2012
Posted by Indigo Roth at 2:21 pm 23 comments: