After some very stressful weeks getting important stuff done*, I was delighted to be invited to one of Bear's parties. He's just got engaged to his girlfriend Clarice, and I can think of no better reason to celebrate. Anyway, the pair of them love an excuse to dress up, so they decided to hold a murder-mystery party based on CLUEDO/CLUE. 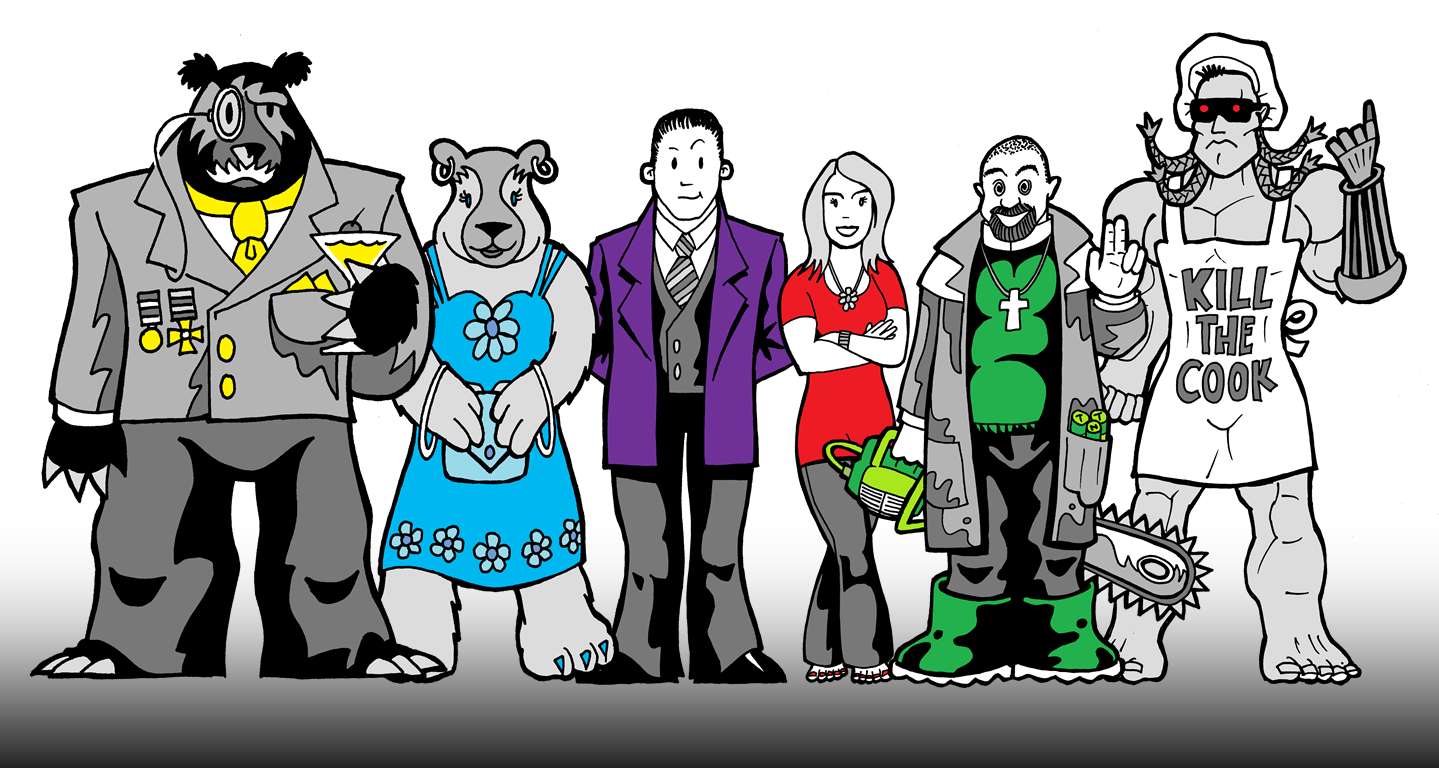 It turned out it was Max in the Shed with the Bazooka.