A Mess Of Gold Tinfoil

There's a lot of nonsense talked about the Apollo moon landing.

It's perhaps the most significant moment in human achievement, yet a lot of poo-pooers and conspiracy theorists reckon they were faked!

I was talking to one such fella the other day. He reckons they were staged in secret at an airbase out in Nevada, with cardboard sets, tons of sand, and a spaceship made out of corrugated cardboard, old shower rails and a whole mess of gold tinfoil.

I asked him where his evidence was. He said he knew a guy who once worked for Domino's who told him that the British fellas who put the whole thing together for the American government were paid off with pizza, and quietly whisked out of the country.

So, no actual evidence at all! Talk about gullible! 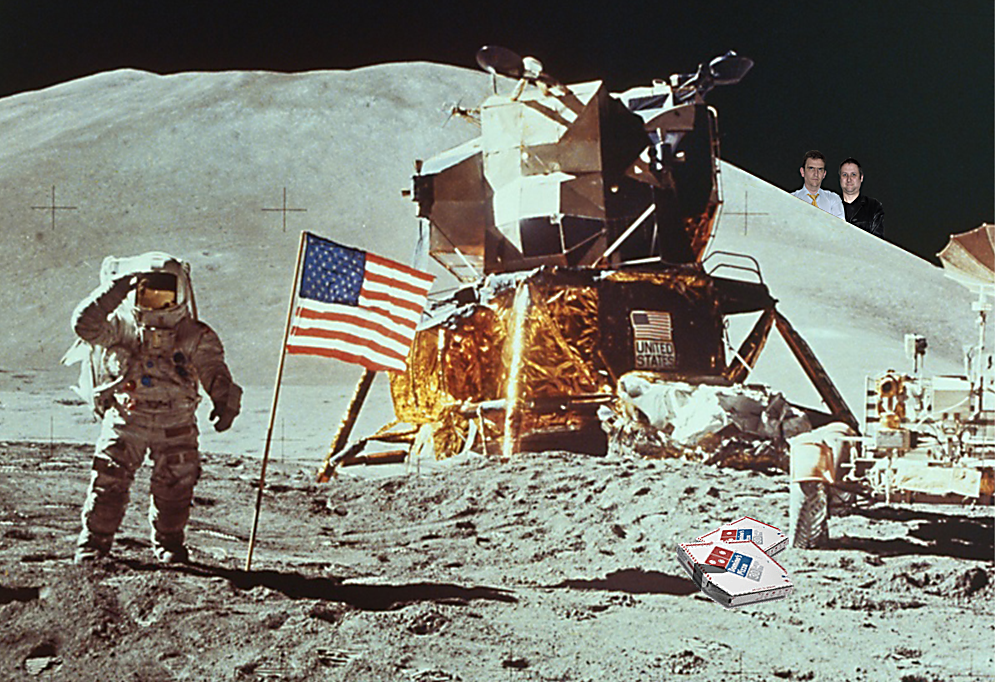 I guess some people will believe anything.

This blog entry is protected by copyright © Indigo Roth, 2011