Sunday is as Sunday does, as someone clever once said.

Hey, don’t look at me; I just do funny badgers.

In case you've been asleep this month, Nicky and Mike over at We Work For Cheese are running a 28-day writing challenge throughout February.

I bet Mike tried to talk her out of it, too.

As the seven-foot black bear ambles along the high street to the source of the shout, there is no panic; shoppers go about their consumption happily, kids run and shout and ride bikes, and pensioners enjoy the view from sidewalk benches despite the overcast day. Bear’s laconic bipedal gait helps this normality along, and the locals are kind enough to overlook his loud-but-sharp clothes; today's burgundy Armani suit and turquoise Hawaiian shirt tests this no more than usual.

The ursine wanderer arrives at the owner of the voice, a beaming thirty-something man with ginger hair, and claps him on the shoulder in greeting. They pass the time of day and probably the price of corn for a few moments before the towering bear heads on his way once more.

Bear! How’s it going? The teenage girl carries her skateboard on the pavement out of civic observance, but chattily joins Bear for twenty-yards before heading off into an inclined side street at full tilt.

Hello Bear! The elderly gent doesn’t rise from his daily seat, but Bear stoops to receive his hand, as he does every day. He listens carefully to a humorous tale about a fishing trip, and laughs long and loud as the old man acts out the part where there’s an angry fish hanging from his jaw.

Bear excuses himself cordially with a few words of farewell and snapped-and-returned salute as he hears his favourite voice.

Bear heaves a sigh as he reaches his destination, a roadside coffee stand, and smiles kindly at the matronly owner. They swap a brief story or two as she pours and sugars his joe (tricky with paws), and she enquires how many people the Mayor has stopped to talk to on his way for his morning brew.

He confesses to seventeen, his Georgian baritone hushed into a whisper, and there's a twinkle in his eye.

Being the mayor of the small town in Maxwell County, Georgia is mostly a ceremonial position. But when Bear arrived back in his home town for a sabbatical after that business with Roth and the badgers, he was surprised to find himself nominated to the position almost immediately. Better yet, he surprised himself by accepting it unopposed almost as quickly.

There’s no authority or power that goes with the title, and that suits him fine; he leaves politics to the suits. But he loves the people he grew up with, and they love to talk to him, to share their day with him, their concerns and problems and joys and news.

And most of the time, that’s all people really want; to he heard, not helped.

As he sips his coffee, he reflects that he really must go to see Roth once his term in office is up; now there's a lad who always needs some help.

The coffee is, as ever, on the house. 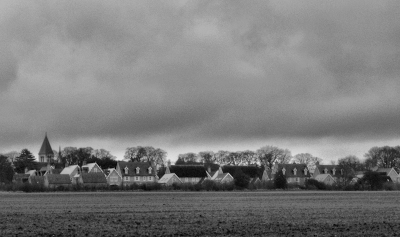 This blog entry is protected by copyright © Indigo Roth, 2013